Since 2009, most of my music and sound work can be heard on SoundCloud: 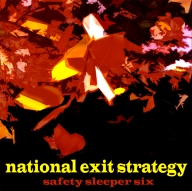 The initial release in a projected series of works involving a live drummer interacting with computer-assisted composition and real-time signal processing. 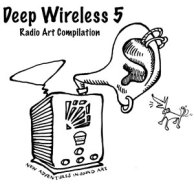 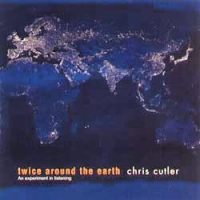 Twice Around the World – an experiment in listening (2005) Recommended Records.

Produced by Chris Cutler, who asked many people from all over the world to record half an hour of continuous sounds of their choice happening between 23:30 and Midnight, London time. The recordings were broadcast on a daily half-hour radio programme Cutler ran for Resonance FM entitled ‘Out Of The Blue Radio’ between July 2001 and July 2002. This release constitutes a “best of” from the series, compiled at the request of ORF Kunstradio, Austria. 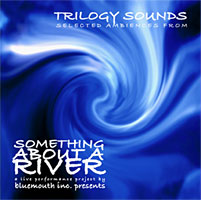 Something About A River
Limited Edition. Independent Release (2005) 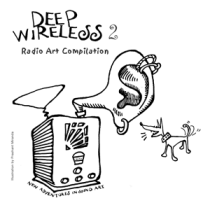 A sonic portrait of two contrasting personalities – an extroverted Uncle who played drums in a 1920’s silent movie house, and a shy nephew who used drumming as a means of escape. In this family portrait, drumming and silence become an unspoken inheritance. Composed in loving memory of Margaret and John (‘Pete’) Windeyer.

Created in the wake of 9/11, as part of an audio-visual poem by Toronto performance group Bluemouth Inc. Presents. Commissioned for the Theatre Centre’s production of Body Geometry – The Seventh Angel (2002), this work is a sonic meditation on the underlying atmosphere and emotional aftermath of these events. The text fragment was written by Bluemouth Inc. collaborators Stephen O’Connell and Sabrina Reeves (voice), in the style of W. H. Auden. 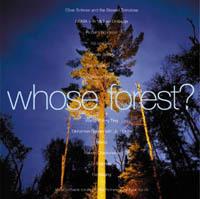 Postcard From Oxbow Lake
Whose Forest? Benefit CD.
Hornblower Recordings (1998)
This is a protest CD.